What to visit in Siena: the attractions of Terzo di Città

If you are looking for an original route and, at the same time, an itinerary linked to the origins of Siena, try to visit the historic center following the subdivision in Terzi, one of the distinctive features of the town, as we told in the post How to visit Siena exploring the Terzi.

Let’s start with the Terzo di Città, the oldest, which includes the highest part of Siena and the Contrade of L’Aquila, Chiocciola, Onda, Pantera, Selva and Tartuca. It was in this area of Siena that the twins Senio and Ascanio, sons of Remus, found shelter fleeing from Rome, and then they became the founders of the town, according to legend. The itinerary we show you is a starting point to visit the most popular places of Siena as well as its hidden gems, deepening the history of this hamlet and of the 17 Contrade. 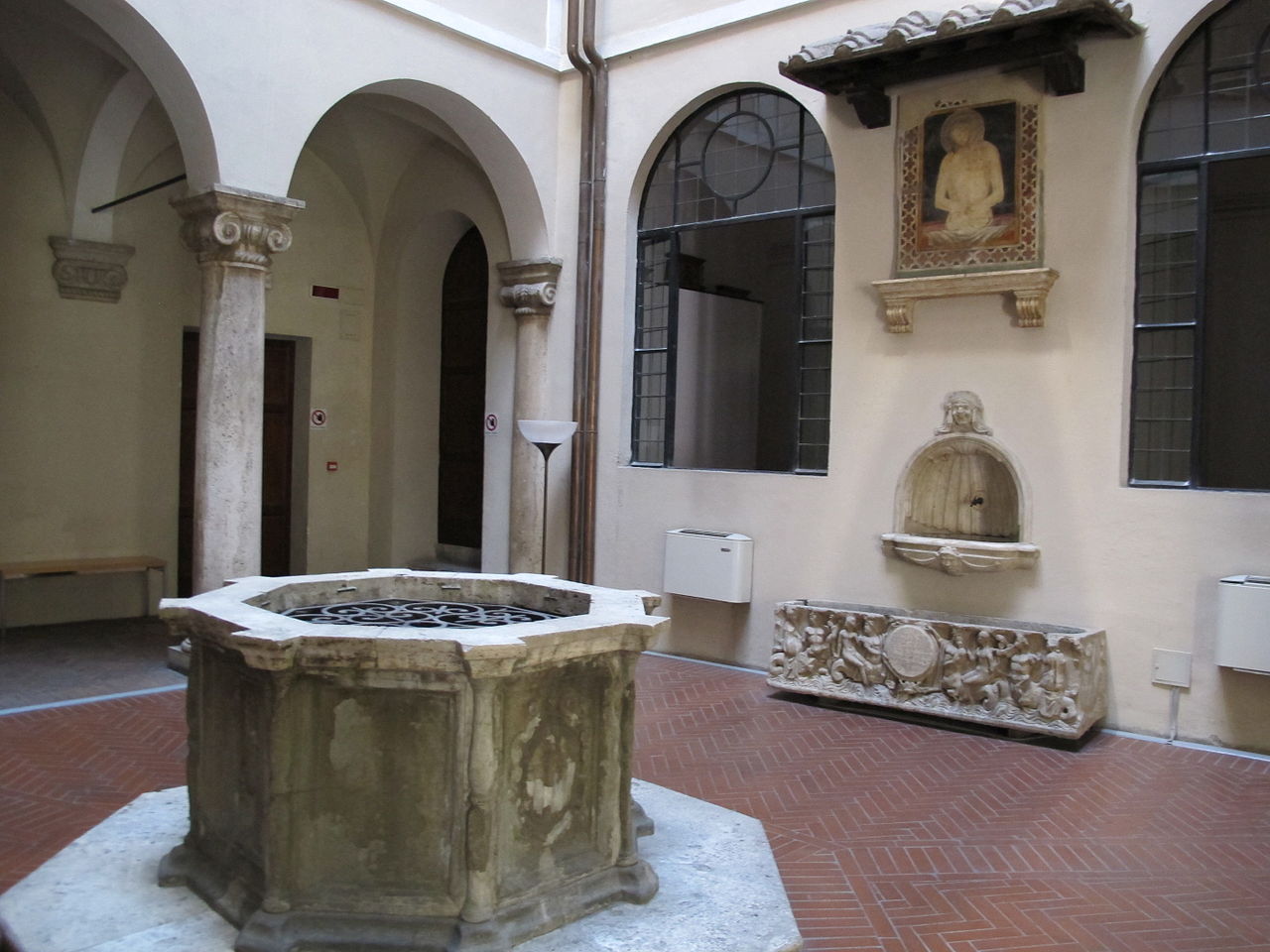 The Pinacoteca Nazionale is located in Via San Pietro and houses a series of masterpieces by the greatest Sienese artists: Duccio di Buoninsegna, Simone Martini, the Lorenzetti brothers and Domenico Beccafumi, just to mention a few.

Also, worth seeing is the painting “Paliotto del Salvatore”, by Maestro di Tressa and considered the oldest work of the Sienese school, because it dates back to 1215.

Museum of Natural History of the Academy of Fisiocritici

In Siena there are not only works of art dating back to the Renaissance and the Middle Age, but event rare collections of items related to geology and zoology, as can be seen at the Museum of Natural History inside the Academy of Fisiocritici, located in piazzetta Silvio Gigli 2. Here you can admire a whale skeleton, an Etruscan hypogeum and some terracotta products. Check the website for further info: www.fisiocritici.it. The Botanical Garden is one of the best kept secrets in Siena, as it isn’t one of the most well-known places by tourists. It is located in Via Mattioli 4, where in the past there were many convents; this site was chosen in 1856 and since then the Garden has become the only place that houses tropical, medicinal and aquatic plants (coming from every continent) in the historical center.

This church dates back to the mid XIII century and has been modified several times over the centuries; the most important intervention dates back to 1517 and is attributed to the architect Baldassarre Peruzzi.

Among the works preserved in this church we remember the masterpiece “San Michele Arcangelo che scaccia gli angeli ribelli” by Domenico Beccafumi, the works of modern art dedicated to the saints who were part of the Carmelite order, such as the painting with the Santa Teresina of Lisieux, and, placed on either side of the ar, two small plates with the Beato Franco Lippi da Grotti and Santa Teresa Margherita del Cuore del Gesù.

Furthermore, the church of San Niccolò del Carmine is used as an oratory by the Contrada della Pantera.

One of the most important historical events for the fate of Siena, the battle of Montaperti against Florence (happened on September 4th, 1260), is related to Palazzo Chigi Saracini, because, from the top of a tower during the battle, a tambourine followed the events and told them to the people in real time.

From that victory many events occurred afterwards in Siena, and today this palace is the seat of the Chigiana Music Academy, where it is also possible to attend concerts and shows. The Palazzo is located in Via di Città and is still one of the most prestigious in Siena. Those who are on holiday in Siena know that they cannot miss a visit to the metropolitan cathedral of Saint Mary of the Assumption, the Duomo.

As this is one of the most famous attractions, we suggest you to see, in Jacopo della Quercia square, on the right, the remains of what was to become the “new Duomo”, the so-called Facciatone.

As for the floor of the Duomo, recently “unveiled” to the public and open from 27th June to 31st July, it is a “Bible for images” with 56 marble panels inlaid realized between 1369 and 1547 by artists like Matteo di Giovanni and Domenico Beccafumi. One more reason to stop and admire it. The typical combination in an itinerary of the historic center includes the Duomo and the Santa Maria della Scala, which over the years has become the fulcrum of cultural activities in Siena.

Among the wonderful frescoes that decorate the Sala del Pellegrinaio, a must-see is La Cura degli infermi, by Domenico di Bartolo, painter who anticipated many of the formal innovation s of the Renaissance, applying them in his frescoes.

The Terzo di Città represents the heart of the hamlet, the starting point for a route full of emotions that is always a pleasure that you should allow yourself when you come to Siena.

Previous Article
Medieval Festival in Monteriggioni, a step back in time into the Middle Ages
Next Article
Summer events in Siena 2018