“Beyond strength, power” is the motto of the Contrada della Torre (Tower), one of the 17 in which Siena is divided, Contrada included in the Terzo di San Martino area and full of anecdotes, curiosities and interesting stories even for those unfamiliar with the origins of the hamlet.

Starting from the rivalry with the Goose Contrada (which we talked about the post Noble Contrada of Oca), it’s useful to learn more about Siena traditions.

The origins of the Tower and the boundaries of this Contrada

The territory of the Tower corresponds to that of two suppressed Contradas, called Spadaforte and Vipera, and extends between Via di Salicotto, a part of piazza del Mercato, via degli Archi, via delle Logge del Papa (part), via del Porrione, via dei Malcontenti, just to name a few.

The headquarters of the Tower is in via di Salicotto, where there is both the Museum of the Contrada and the oratory, the Church of San Giacomo.

About Palio’s victories, the Tower won Palio 45 times, the last one was in July 2015; the Contrada is attributed a further 6 victories, mostly dating back to the XVII century.

Its coat of arms depicts an elephant with a red saddle cloth carrying a white cross; on the back of the animal a tower topped by a red feather with a white cross.

The choice of this symbol is due to the presence, in the territory of the Contrada, of the Torre del Mangia and of via di Cartagine, which refers to the war elephant brought to our peninsula by Pirro and by Hannibal.

Moreover, in the iconography of San Giacomo the Apostle, protector of the Contrada, an elephant is depicted, which is why it may have been included in the Contrada emblem.

The Contrada of the Tower will run the next Palio on 2nd July 2019 together with Onda, Selva, Bruco, Civetta, Aquila, Pantera, Giraffa, Chiocciola and Drago.

Things to know about rivalry with the Goose 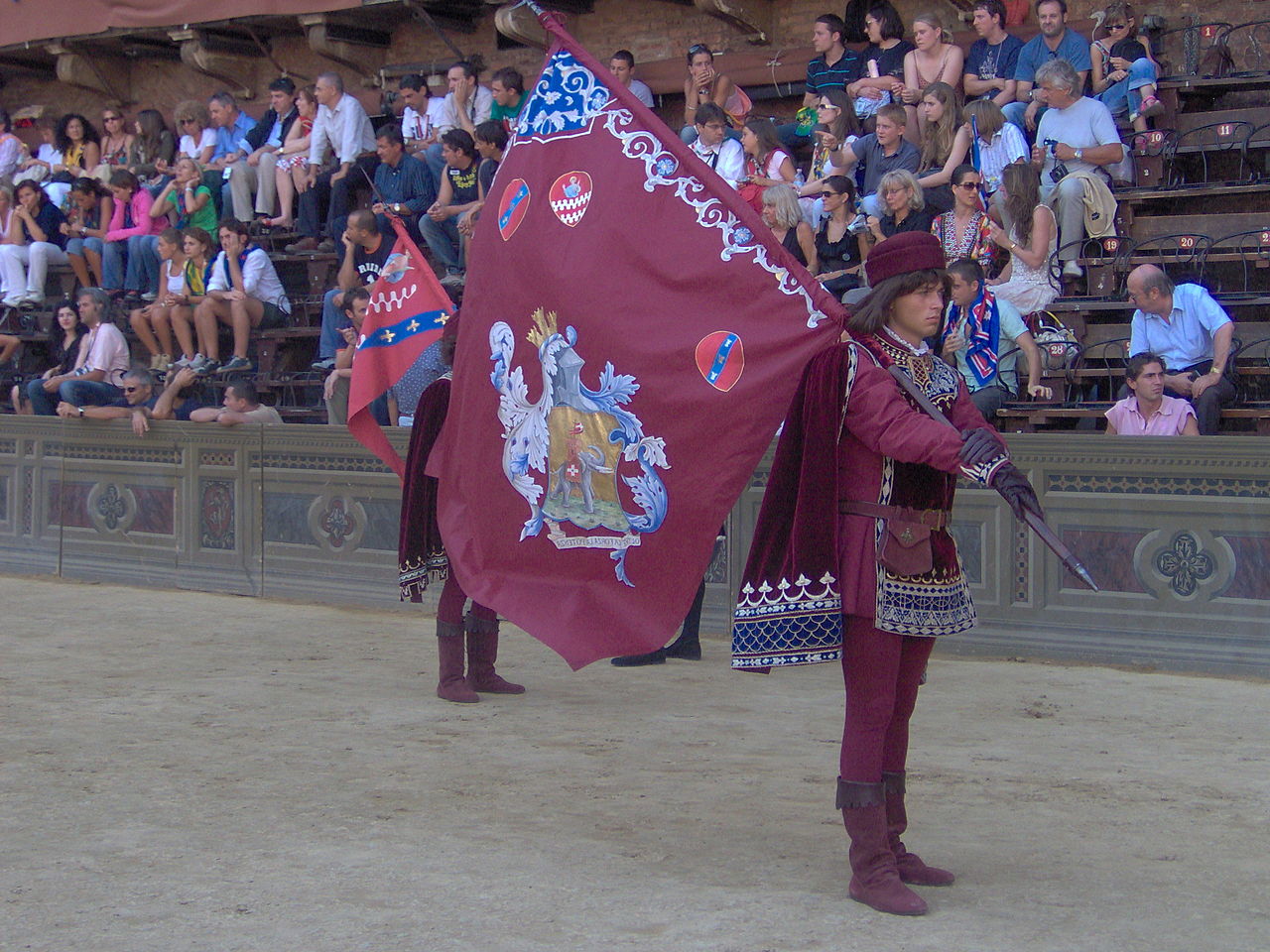 The “curse of the geese” is the one that struck the Tower in 1961, when the Contrada inhabitants decided to celebrate the victory of Palio in a very questionable way: 43 geese plucked alive (as many as the Tower’s successes were), the whose feathers were scattered by the wind throughout the town.

Don Duilio Bani, pastor of the Contrada dell’Oca, launched the curse that foresaw that they would remain without victories for as many years as many geese had plucked.

It must have been a coincidence, but it happened just like this: the Tower won the Palio 44 years after that event. Since then the rivalry continues to be strong, despite some sporadic attempts at reconciliation.

For further information and to know all the details of the history of the Tower, we recommend you the official website: www.contradadellatorre.it.

Previous Article
Medici Fortress in Siena: a place that you should visit
Next Article
White night in Siena, an extraordinary event you cannot miss