The main attractions of Terzo di San Martino in Siena

Although it’s known that the beautiful medieval town of Siena is divided into Contrade, not everyone knows that there is another subdivision, called “Terzi”: the historic center, built around Piazza del Campo, is divided into three areas, which are called Terzo di Camollia, Terzo di Città  and Terzo di San Martino.

The Terzo di San Martino, a dip in the Middle Ages from the center towards the Via Francigena

The Terzo di San Martino corresponds to the south-eastern part of the town, and includes within it some Contrade, namely Civetta, Nicchio, Torre, Leocorno and Valdimontone. In the Middle Ages, when pilgrims, travelers and merchants started to follow the via Francigena,  an important route for who wished to visit Rome, this area of ​​the town became particularly lively and underwent an important urban development. The emblem of this Terzo depicts San Martino riding on horseback, intent on dividing his cloak with that of a beggar.
The tourist and traveler who arrives today in Siena can visit and discover the town following his natural subdivision into Terzi. As for the third of San Martino, he can therefore visit the church of San Martino, the Basilica of Santa Maria dei Servi, the Logge del Papa, the Synagogue, the church of San Giorgio, the market square and many other points of interest.

By Sailko [CC BY 3.0 (https://creativecommons.org/licenses/by/3.0)], from Wikimedia Commons

This Terzo is named after the Church of San Martino; the church dates back to VIII century A.D., in the early medieval period, but in the following centuries its structure was remodeled and redesigned several times, until you get to as it is today.

It is a Latin cross church, inside which stand the painting of Giovanni di Lorenzo Cini entitled Immaculate Conception Protecting Siena during the 1526 Battle of Camollia, the Forty Martyrs by Ilario Casolani, the Estasi di Sant’Ivone by Raffaello Vanni, the Circumcision of Jesus Christ of Guido Reni and many other important works of art by some of the greatest exponents of XVII century classicism. 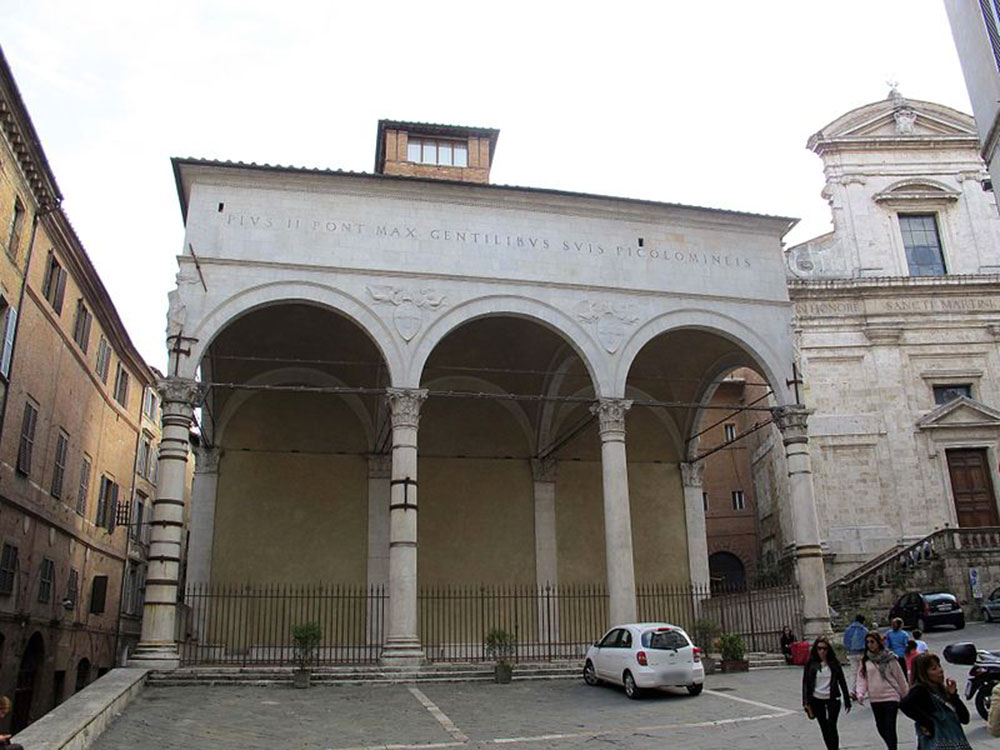 Located right next to the church of San Martino, the Loggia del Papa was erected in 1462 at the behest of Pope Pius II. These are three Renaissance-style open-air arcades, with Corinthian capitals and travertine façade, on which stands the coat of arms of Piccolomini family.

Located on the top of the hill overlooking Valdimontone, the Basilica of San Clemente in Santa Maria dei Servi was built between 1255 to 1537: this is why we can see traces of different architectural styles, from Gothic to the Renaissance up to the neo-Gothic.

There are numerous works of art on display: the Madonna del Bordone by Coppo di Marcovaldo, dating back to 1261, the Adoration of the Shepherds by Taddeo di Bartolo and also a precious pipe organ dating back to 1925.

The church of San Giorgio stands on the ruins of a pre-existing church: it was the Sienese Ghibellines who wanted to consecrate it to San Giorgio, as a tribute to the victory of the battle of Montaperti against the Florentine Guelphs. The bell tower, visible only from the back of the church, shows 38 small windows, to symbolize precisely the military companies that took part in the battle.

Despite dates back to 1738, the church was restored during the first half of the XVIII century.

Other points of interest located in the Terzo di San Martino 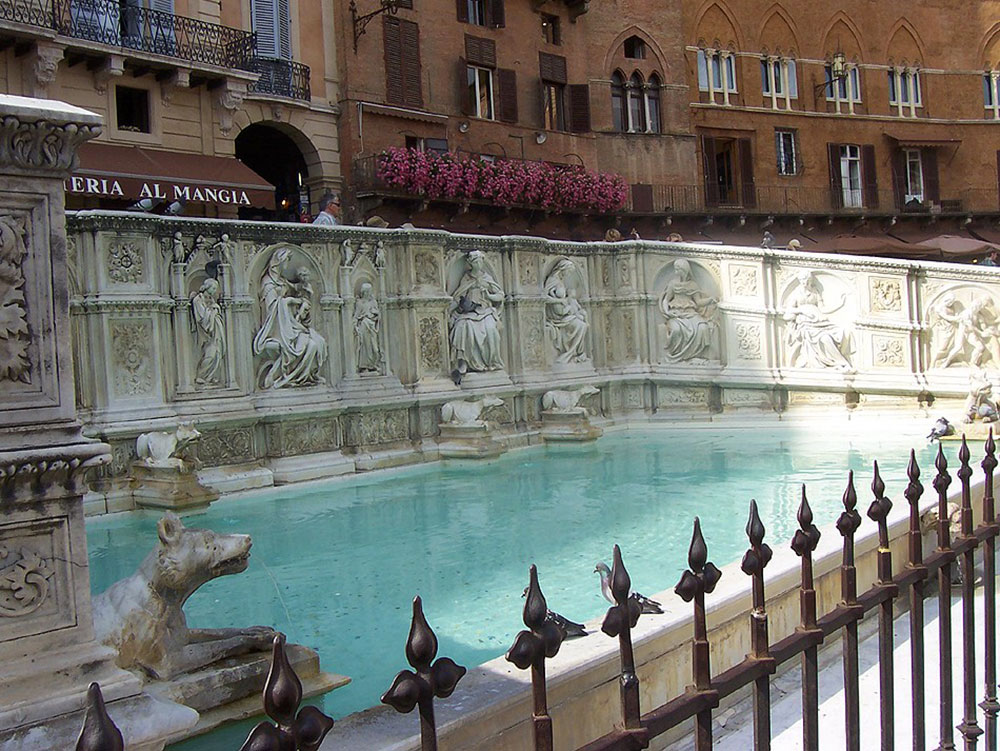 After visiting the main churches of this interesting area, the tourist can spend long time in the open air, walking towards Piazza del Mercato, where on the third Sunday of the month a charming antiques market is taking place, and then again enjoy a visit of the Fonte Gaia, a beautiful monumental fountain, built in 1346 and located right in Piazza del Campo.

About Piazza del Campo, don’t forget that its part of of the Terzi di San Martino, with the Palazzo Pubblico and the wonderful Torre del Mangia, from which you can enjoy an extraordinary view of Siena and its surroundings.

Previous Article
Itinerary in San Quirico d'Orcia: what to see in 1 day
Next Article
Contrada della Chiocciola: everything you should know about it