The itineraries you can follow in Siena are ra lot, as evidenced by our series dedicated to the Terzi, the three parts in which the city is divided within the medieval walls.

Previously we have advised you what to visit in the Terzo di Città, while in this article we talk about the Terzo di Camollia, which derives its name from Porta Camollia, the gate located to the north of the city, in the direction of Florence.

Here there was a complex defensive system of which remain the Antiporto, outside the walls, and the Fortino delle donne, whose name recalls the importance of the Sienese women in the defense of the city.

From Via Camollia our journey begins: this was the first urban stretch of the Via Francigena, the route followed by pilgrims that, in the last years, has returned to be appreciated by tourists, and at the end of the road turn right to enter the gardens of La Lizza, where is located the Medici Fortress. 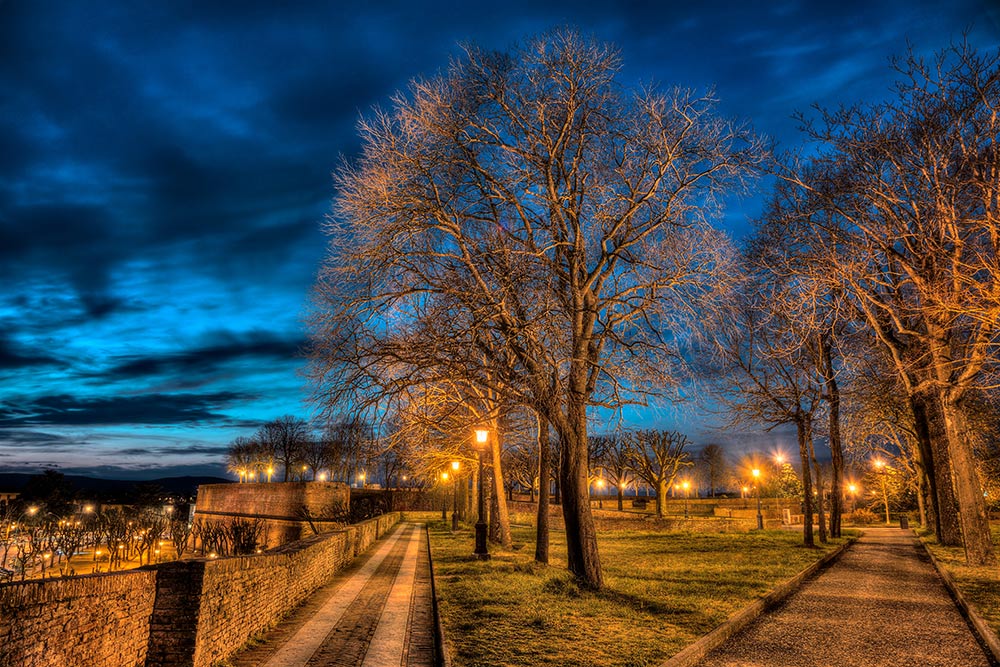 Did you know that the Medici Fortress is also called Forte di Santa Barbara?

This fortification dates back to 1560 and today has become the headquarters of the Enoteca Italiana, the national institution that promotes Italian wines and organizes guided tastings. In the basement you can use a device that reads the bottle labels explaining the characteristics of the wine. After visiting the Enoteca, along the “A.Franchi” stadium you arrive in front of the Basilica of San Domenico.

The construction of this church began in 1226 and today the Basilica houses many works of art, including the fresco with Saint Catherine by Andrea Vanni, the only portrait made when the Saint was alive. The Relic of the head of Saint Catherine is exhibited in the side chapel of the church where Antonio Bazzi known as Sodom (1526) has portrayed the main episodes of her life.

Outside the Basilica, we recommend admiring the view from the hill of Camporegio; here there is a steep and hidden path, the Costa del Serpe, which arrives at Fontebranda. 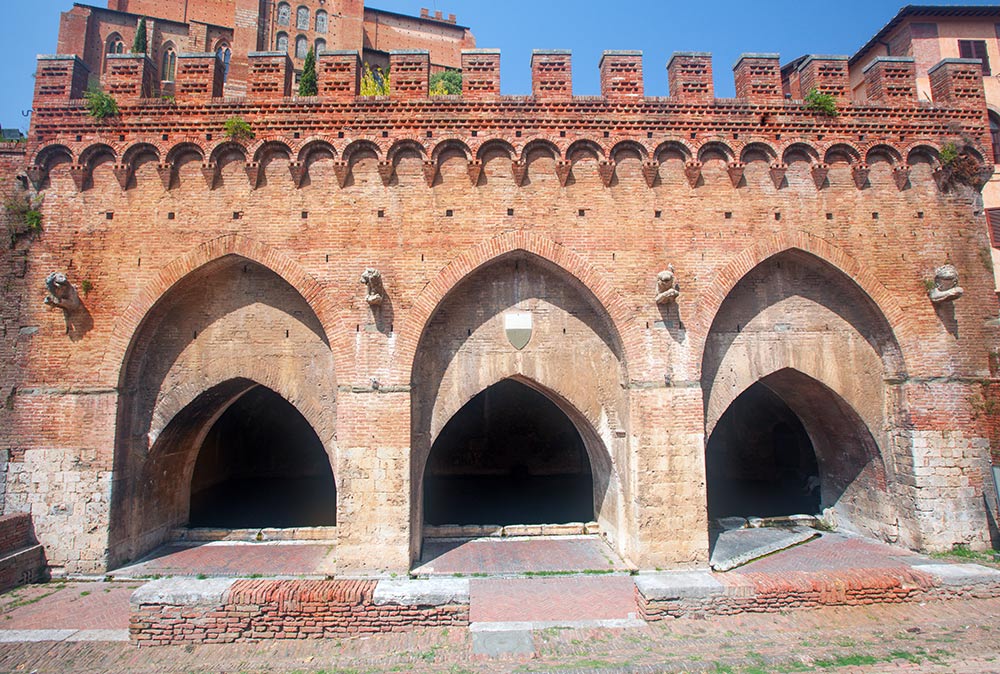 It is the most important and famous water spring of Siena, of which Dante and Boccaccio have also written; Boccaccio attributed to this water the “bessaggine”, in other words the madness of the Sienese.
The use of water was regulated: the spring it was used for drinking, on the left there was a first tank for watering the animals, a little further, still visible, another tub used as a wash, while the waste water fed mills, tanneries and dye-works.

The Tolomei were a family of Guelph bankers and merchants, bitter rivals of the Salimbeni.
The Palace is now home to the Cassa di Risparmio di Firenze (a bank) and is well-known for the history of Pia dei Tolomei, who died murdered by her husband and is remembered by Dante in his Divine Comedy. 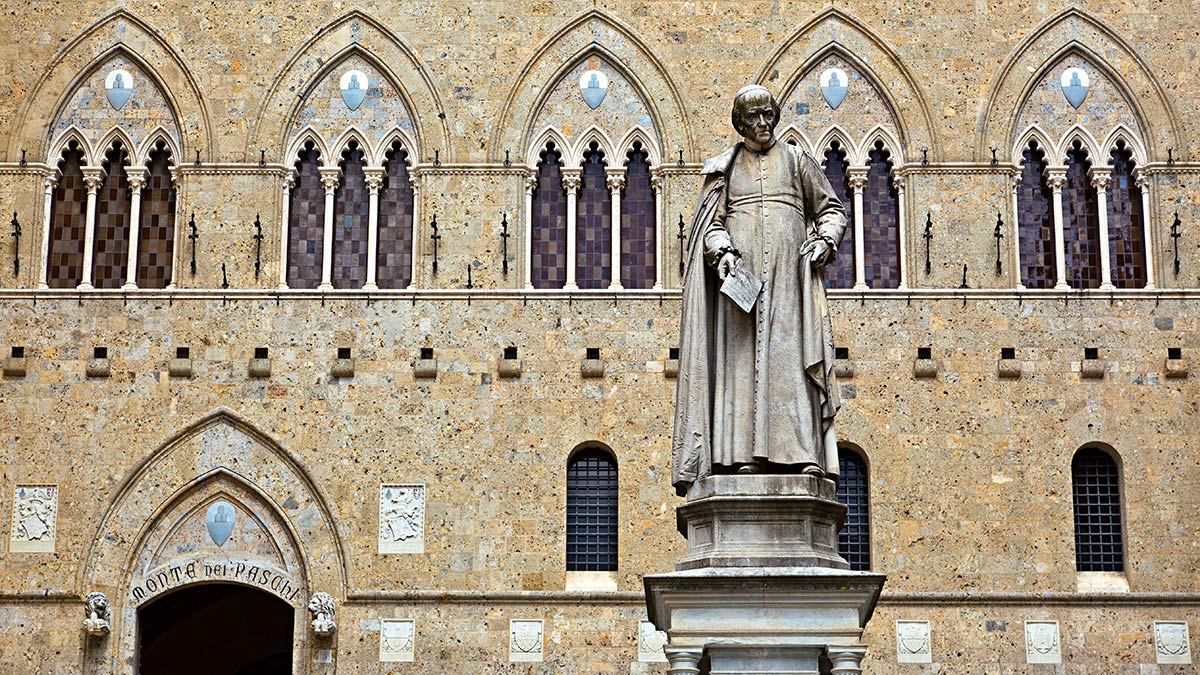 Rocca dei Salimbeni was home to wehy Ghibelline merchants and bankers. In the XV century their castle was confiscated by the municipality of Siena. The Monte dei Paschi is one of the oldest banks in the world, founded in 1472; its headquarters is still today in this building.

Turning around the fortress, following via Vallerozzi and then continuing to the left, you’ll arrive at Piazza Salimbeni, restored at the end of the XIX century by the Sienese architect Giuseppe Partini.

The statue in the center depicts Sallustio Bandini, the inventor of the remote payment system, in other words a system that has anticipated the promissory note.

An oddity you must know: in the coat of arms of Camollia there is the letter K because its ancient name was Kamollia, for this you will find this symbol along the streets of this part of the town.