An itinerary to discover Chianti Hills

The Chianti Hills are a short mountain range that stretches for about 20km, touching the provinces of Florence, Siena and Arezzo.

In particular, the Chianti Hills delimit the territory of the municipalities of Gaiole, Radda and Castellina in Chianti, which originally were known as the old Lega del Chianti, which today is included in the Province of Siena.

Discover this evocative itinerary between food and wine tradition along with breathtaking panoramic views of the unpolluted nature of Chianti.

The municipality of Gaiole in Chianti is famous for its strategic position as a road junction for communications between the Chianti and the Valdarno, thanks to which it became the core market of the nearby castles. 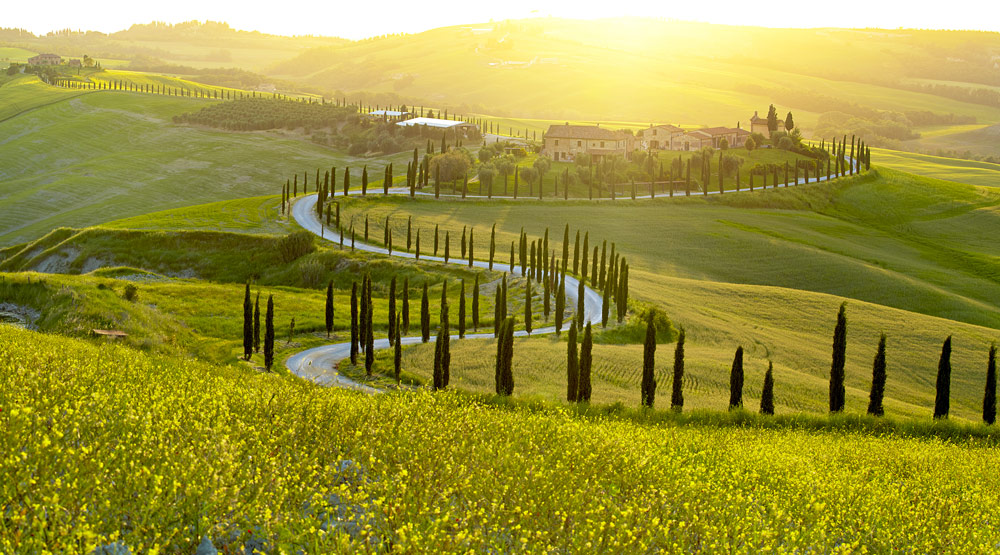 The central square of the city is influenced by the market-like origin of the municipality, with the shape of an elongated triangle that still today hosts many cultural and gastronomic events. Between September and October there are many festivals including the “Chianti d’Autunno” event dedicated to the typical olive oil.

Walking through the town you can see eighteenth-century and nineteenth-century buildings, while the main church is of neogothic origin.

In the small alleys, you can stop by small boutiques of local crafts and shops, along with wineries where you can taste the exceptional products of the area.

The town of Radda in Chianti stands on the ruins of an ancient Etruscan village, whose origins date back to 2000 BC.

There are also small rural remains dating back to the fall of the Roman Empire in the 5th century. 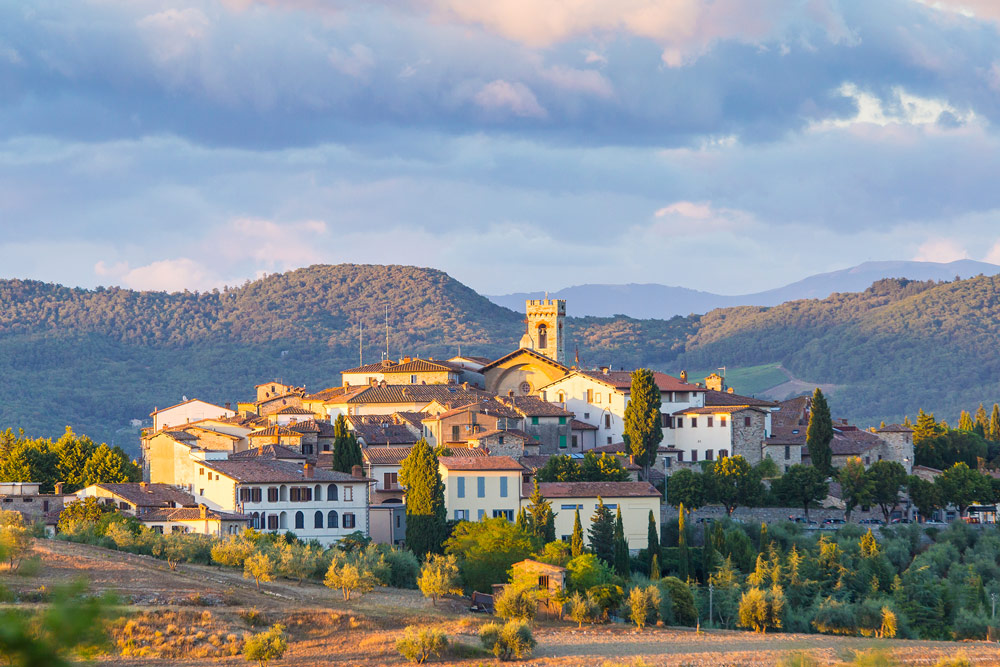 During the feudal age, the area of ​​Radda underwent the process of fortification. The castle was sacked by the Sienese in 1230 and in 1268 was occupied by the French troops of Charles I of Anjou, and then underwent a new looting during the second Aragonese invasion in 1478.

In the seventeenth century the conflicts ended and the castles were transformed into villas in which the owners dedicated themselves to the production of wines which are nowadays worldwide known.

The town is perfect for a pleasant walk, following the cobblestone streets and the medieval walkways. You can savor a suggestive and evocative atmosphere, getting lost among the underground tunnels of the city, stone and pebbles, between wine bars and restaurants. 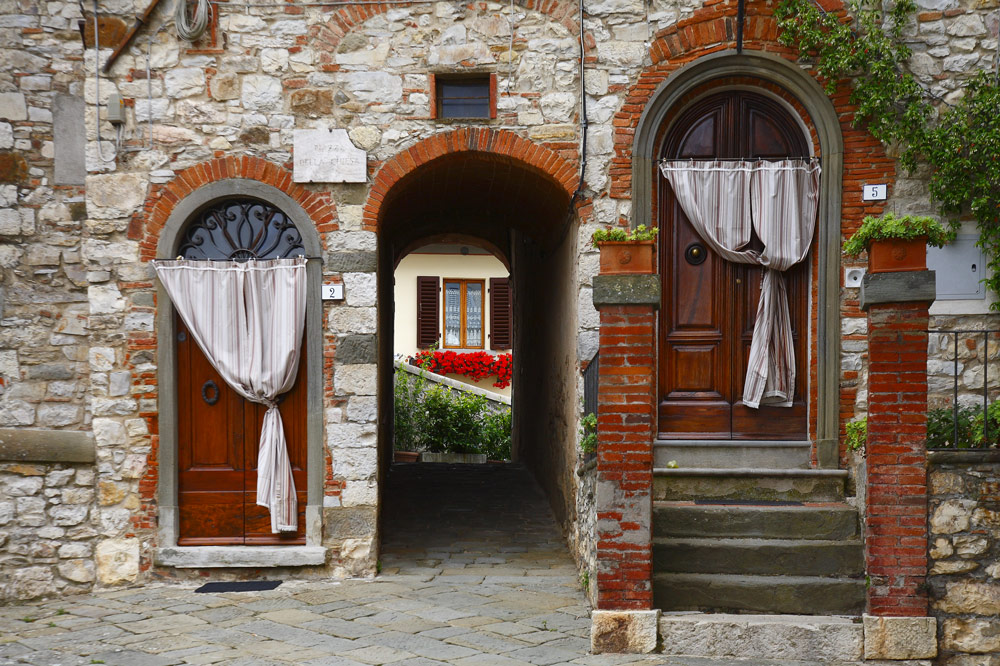 The villas, castles and farmhouses have been restored and many of these host farms that preserve the traditional enogastronomic heritage of this fantastic region.

The municipality of Castellina in Chianti also has Etruscan origins as evidenced by the mound of Montecalvario and the Necropoli del Poggino. The remains of medieval age are certainly greater: many documents attest that Castellina passed under the dominion of Florence in 1193, through an agreement between the Lords of Trebbio and the Florentine capital. 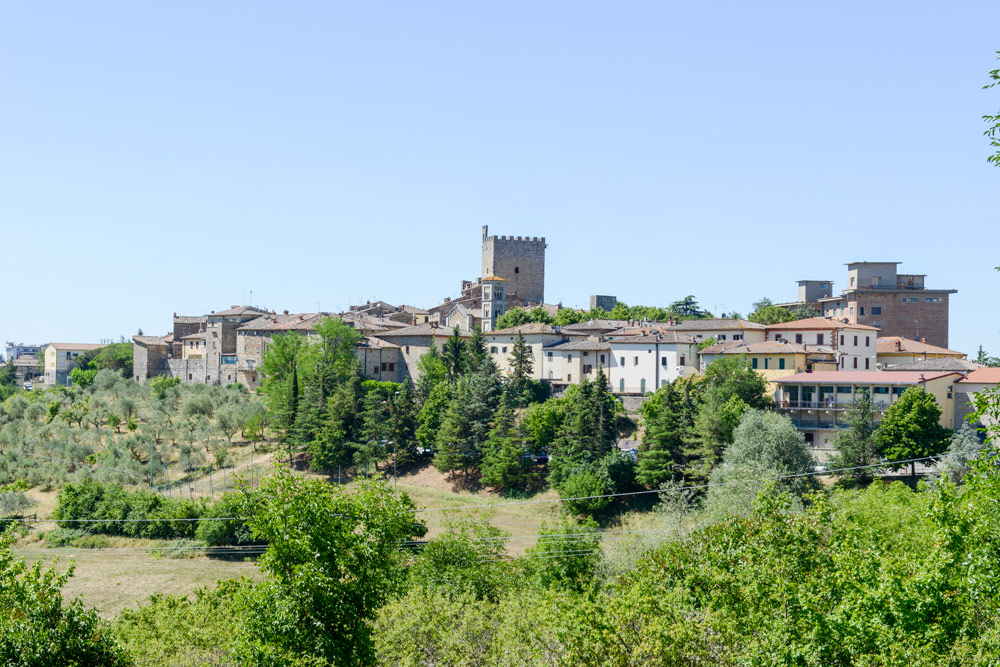 The strategic position of Castellina made it one of the cornerstones of the Lega del Chianti, thus pushing the fortification of the town under the supervision of Filippo Brunelleschi.

In fact, when in 1452 the walls of Castellina suffered the siege of the Aragonese troops, they managed to resist.

A few years later, however, Castellina was conquered by the Sienese and Neapolitan troops, and then returned under the Florentine dominion in 1483.

The main fortification, the Rocca, offers a breathtaking view of the surrounding countryside and is still today a place for the celebration of weddings and events. 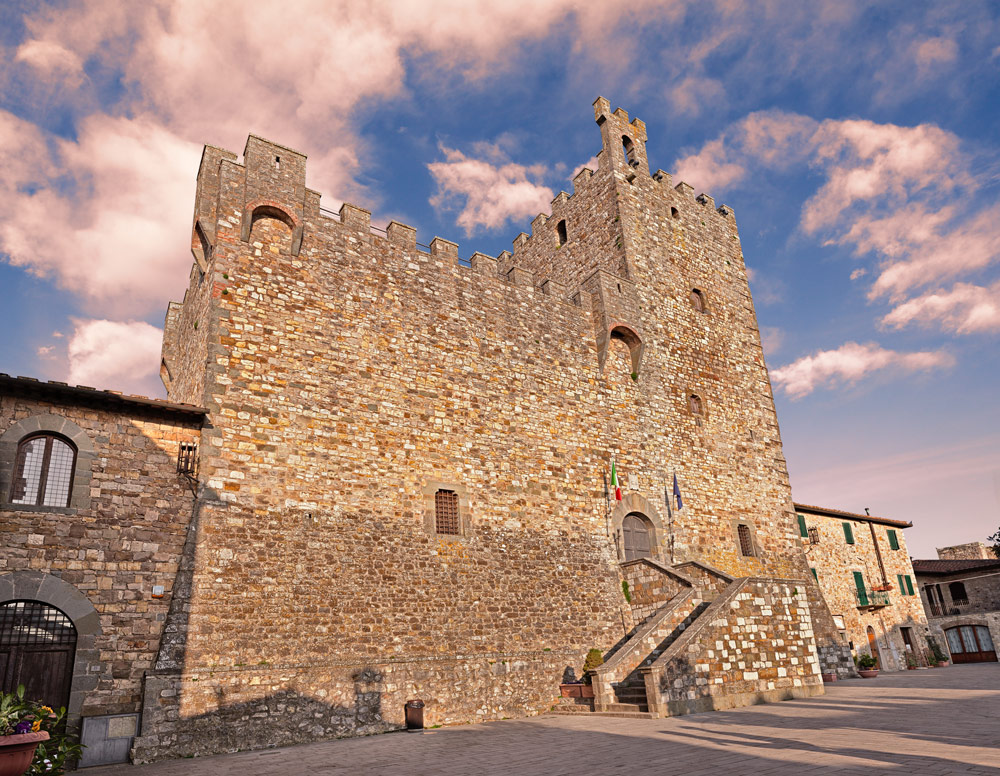 Castellina is a small town not to be missed, immersed in the green hills of Chianti, able to offer beautiful sunsets and culinary experiences in the authentic respect of the most typical Tuscan tradition.