Itinerary in San Quirico d’Orcia: what to see in 1 day

Among the destinations near Siena you should definitely visit San Quirico d’Orcia, located about 46 km away and well-known for being a town in the heart of the Val d’Orcia, a Unesco World Heritage that everyone should visit at least once in their own lifetime.

Since we have recommended some places in the article Visit to Val d’Orcia, this time we dedicate this article to this hamlet full of attractiveness.

Firstly, it should be remembered that San Quirico is located halfway between Montalcino and Pienza, and by virtue of its elevated position, it offers incredible views on the landscapes that have influenced many artists over the centuries.

The must-sees in San Quirico d’Orcia 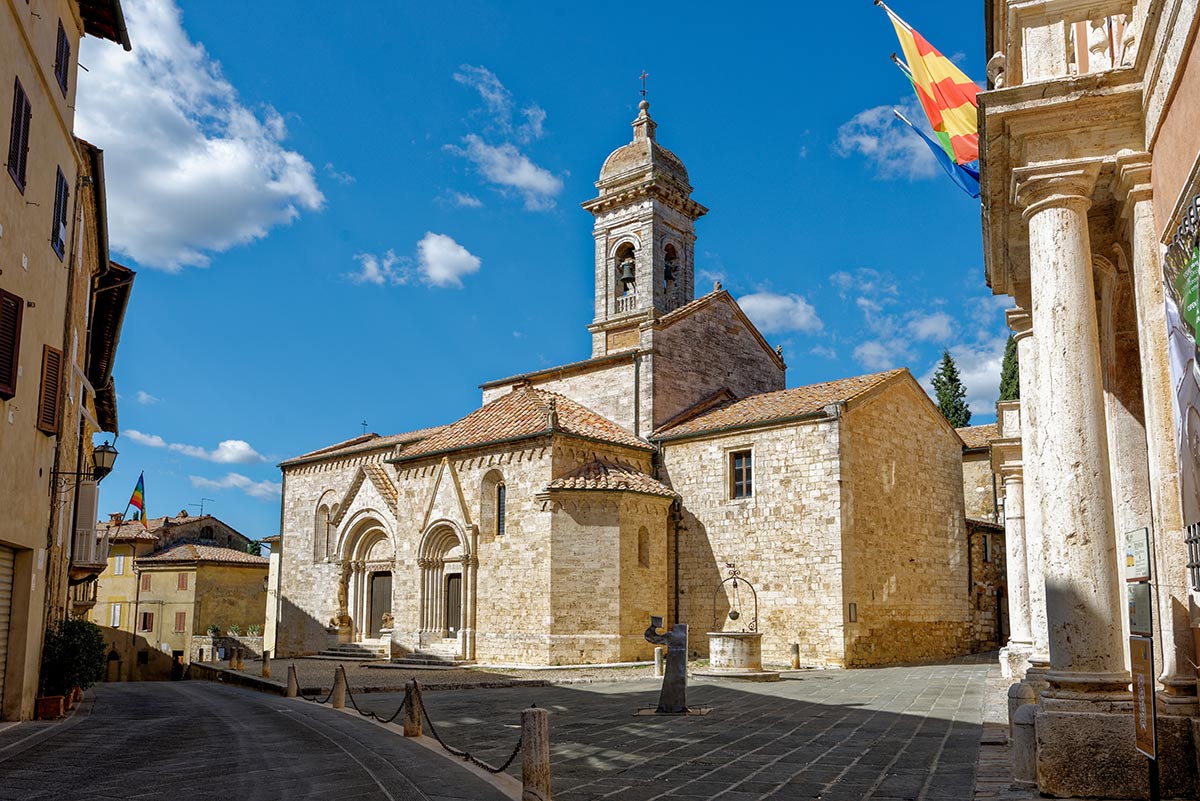 In this area, among other things, you can see the most photographed cypresses: they are on the right, coming from Siena, after a long bridge and before entering the village.

The name Quirico derives from a child who, together with his mother Giulitta, died as a Christian martyr at the time of Emperor Diocletian, in 304 AD.

The most important church in town, in fact, is named after Quirico and Giulitta and is also known as the Collegiate Church of San Quirico.

This is the first stage, just arrived at the hamlet, which once was on the route of the Via Francigena, now back to be a very popular route for fans of slow tourism.The Collegiate Church was built around the XII century, the architectural style is Romanesque on the outside (the façade is the oldest part) and baroque on the inside, where works such as the XV century arpiece are kept.

This arpi3ece depicts Madonna and child, Angels and Saints (among them San Quirico) on a gold background, and is attributed to Sano di Pietro. In the Lunette, instead, are represented the resurrection and the descent of Christ into Limbo. 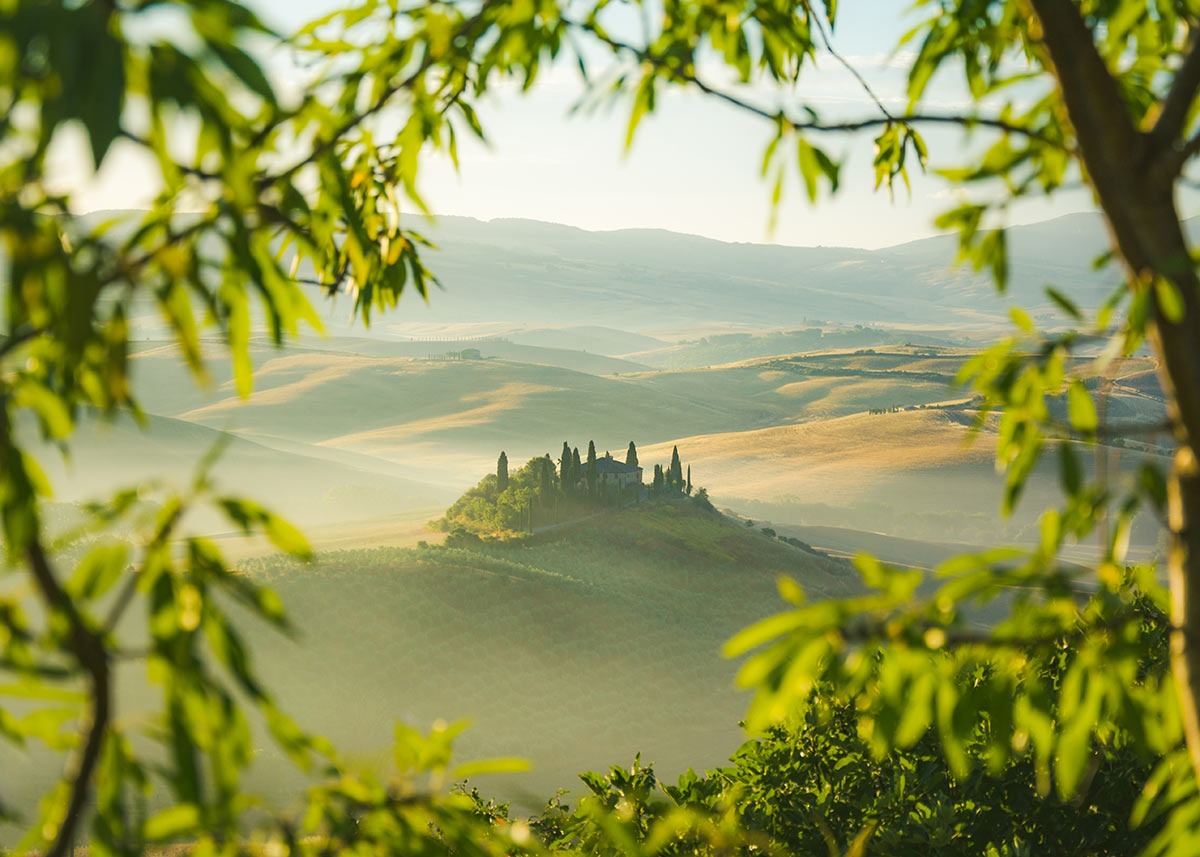 Admire the XIX century Venetian style organ, with ornaments and decorations of pure gold, transferred here from the Abbey of Monteoliveto in 1810.

Continue through the historic center admiring Palazzo Chigi, located next to the church, that now is the seat of the town hall; walking along Via Dante Alighieri, arrive at Piazza della Libertà, the heart of the town, where we suggest to see the Church of San Francesco, which houses the terracotta statue of the Madonna, by Andrea della Robbia, moved here from the nearby Chapel Vitaleta.

This small chapel is located on top of a hill, and dates back to 1590; in 1884, it was redesigned both externally and internally by the architect Giuseppe Partini, who was inspired by XVI century models.Let’s go back to the hamlet to see another unique attraction: the Horti Leonini, an Italian style garden built in the XV century that has maintained its original design until today.

It was Diomede Leoni who designed it, and here is a statue of Cosimo III de’ Medici. If you are looking for breathtaking views, reach the fortified walls of the Horti; you can enjoy a sensational panorama over the whole Val d’Orcia, including Montepulciano and Pienza. 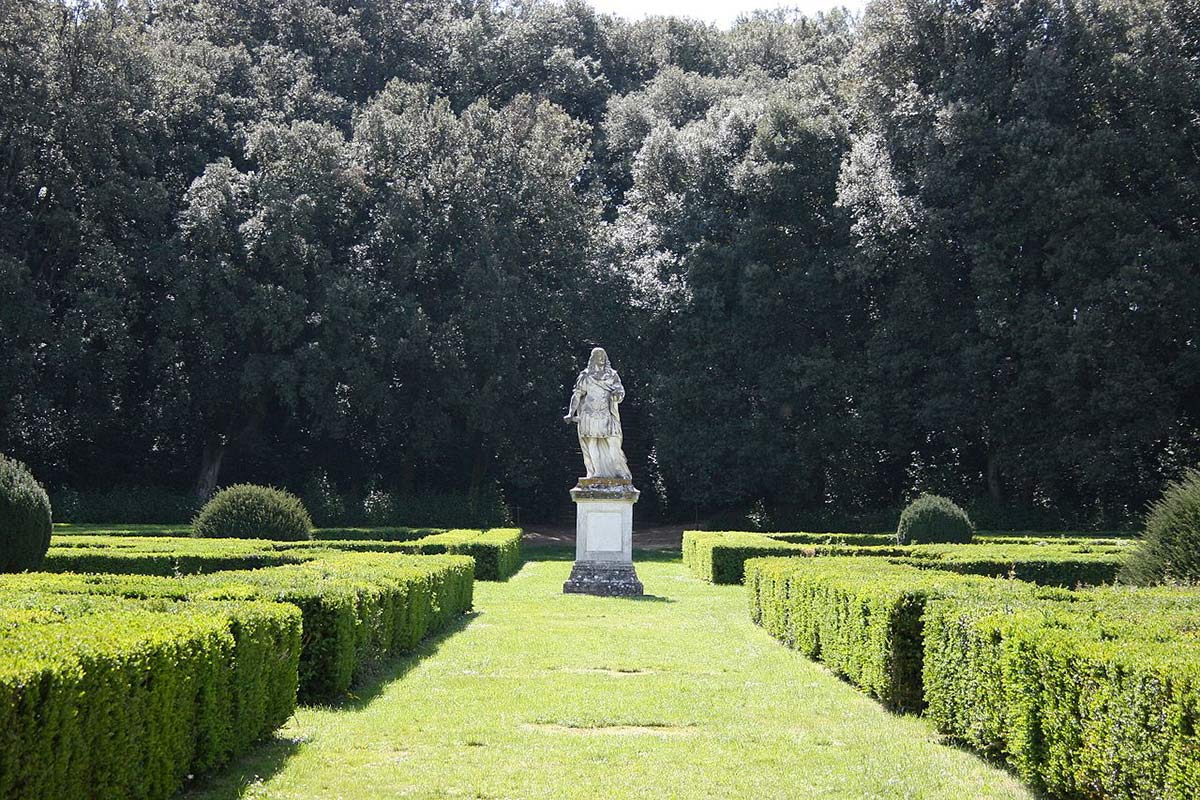 The Horti Leonini are open to the public every day, from 8:00 am to 8:00 pm, and are free of charge. The gardens are partially accessible to the disabled people.

Dedicate at least one day to the visit of San Quirico d’Orcia, you will be enthusiastic about the choice for your tour in the most magical part of Tuscany.