Bike tours in Siena and surroundings

Siena is a city to discover in all its most peculiar glimpses, strictly on foot. But there is another way to grasp its essence: visiting the town by bicycle, choosing among many different itineraries. SiPedala is the bike sharing service available for both residents and tourists.

This service can be used paying a 24h-48h subscription or an annual subscription (only for residents). A useful and fun service: there are 18 stations for collecting and returning the bikes.

Cycling in the city 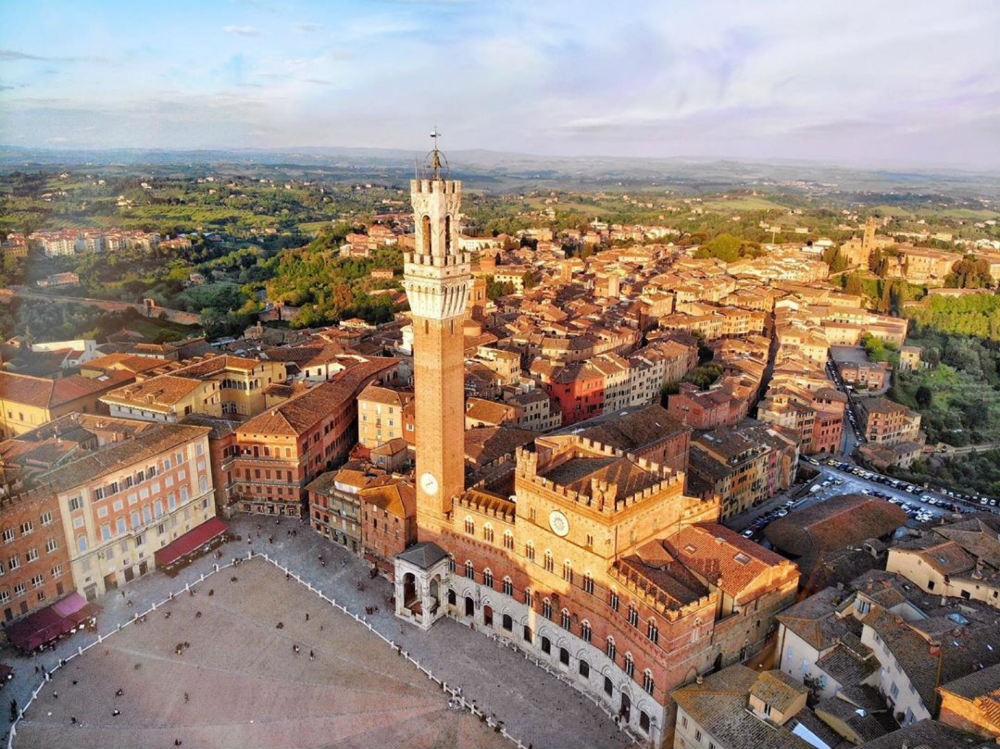 One of the bicycle tours that we recommend is one that allows you to enjoy all the panoramic points of Siena. From Porta Camollia, you can easily reach the Basilica of San Domenico which, in addition to guarding the “sacred head” of Santa Caterina, offers a breathtaking view of the city. The next stop is the Duomo, following via dei Pellegrini and via dei Fusari, up to the amazing Piazza del Campo, where, however, cycling is forbidden.

Is better to continue on foot even in the outer ring. A must is visiting the Torre del Mangia and take advantage of the view at over 80 meters high.

Returning to the bicycle, passing through Via Salicotti, you can reach the Basilica of Santa Maria dei Servi, situated on a small hill overlooking Siena. Or you can choose the opposite side and reach the Sant’Agostino lawn where rises the church of the same name, riding along via di Sant’Agata.

This isn’t the only route you can follow in the heart of the town. Starting from the Medici Fortress, where there is also a bike rental station, and passing through the Giardini della Lizza, it is possible to reach Piazza del Campo. The path includes viale dei Mille, the famous Fontebranda – the ancient source also celebrated by Dante- via di Santa Caterina and via delle Terme- vicolo del Tiratoio. 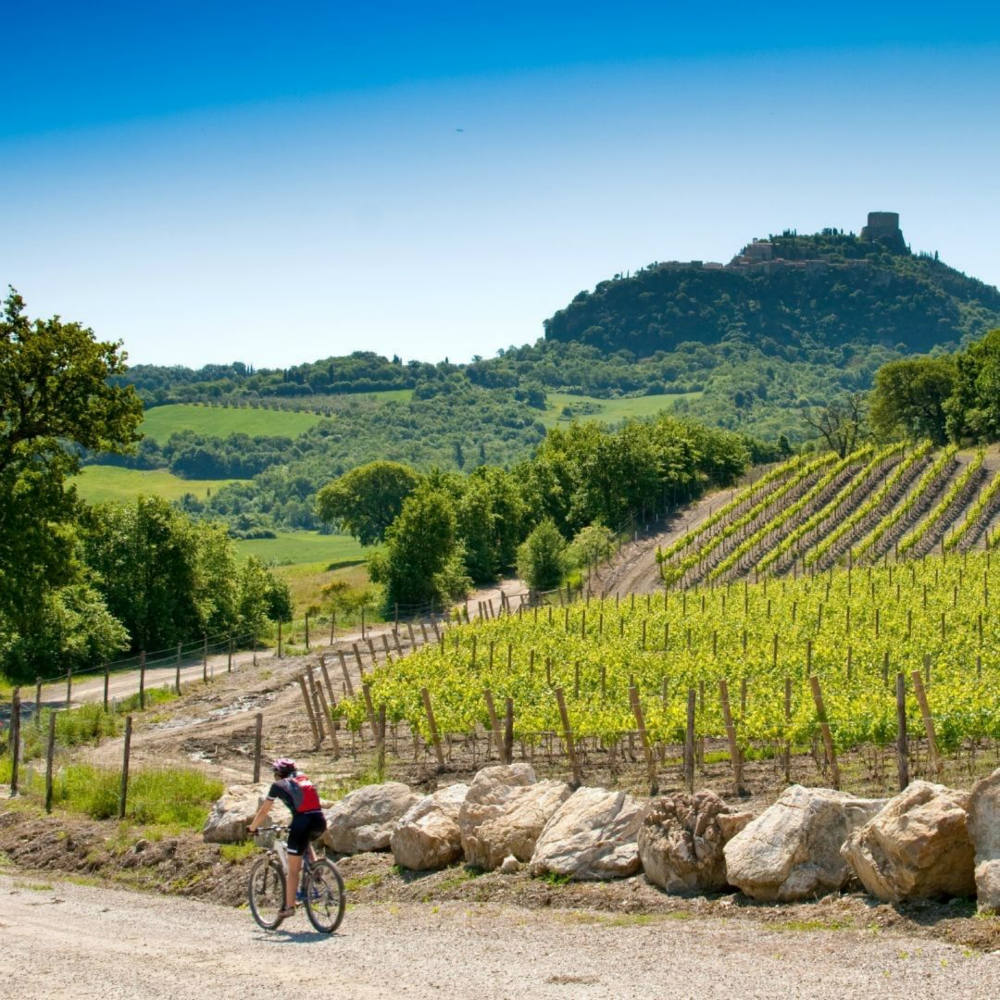 Those who want to spend their holidays on a bike, can go on a journey to discover the hamlets of Siena’s surroundings. An easy itinerary, also suitable for children, is the one that runs through the small towns of the Val di Merse, between nature and history.

Starting from Piazza Garibaldi in Rosìa, follow the signs to the hamlet of Torri, just over 2 kilometers away. Between dirt roads and short asphed stretches, pedaling for about 5 kilometers, you reach Orgia, which houses the Etnographic Museum of the Wood.

From the entrance sign to the town, go down a dirt road and then go up along the Merse river, until you reach the Molino del Pero di Brenna, fortified in the XIV century to protect the local population. From the mill, near the Ponte sulla Gora, a path opens up inside the Alto Merse Nature Reserve. From here, you can reach Stigliano on a dirt road, and then go back up the asph towards Rosìa.

Tuscany offers many opportunities for those who love cycling. In the surroundings of Siena, for the more trained cyclists, fascinating tours open up among the hamlets of the Val d’Orcia, along the route of the Eroica from Chianti to the Crete Senesi or on the Via Francigena, which ends in Rome, exploring the pilgrims’ paths.

Previous Article
Palazzo Salimbeni, a Gothic style palace in Siena
Next Article
Where to go horseback riding in Siena and surroundings