In the town there is a lively atmosphere, due to an event as popular as unexpected during this season of the year: the Palio di Siena, which will take place on Saturday 20th October, is a Palio that will be held to celebrate the 100th anniversary of the end of the First World War (1918-2018).

Events of this kind are rare, since the last extraordinary Palio was held on 9th September 2000, so we advise those who are still undecided to book a stay in Siena and spend a unique weekend.

These are the 10 Contrada in competition: Torre, Lupa, Chiocciola, Oca, Drago, Tartuca, Selva, Civetta, Nicchio and Giraffa; last October 14th the Drappellone was unveiled, it’s created for the occasion by Gian Marco Montesano, a Turin artist, known and appreciated internationally.

In addition to the coats of arms of the Contrada, the “balzana” of Siena and the symbols of the three Terzi of the town are depicted in the Drappellone. 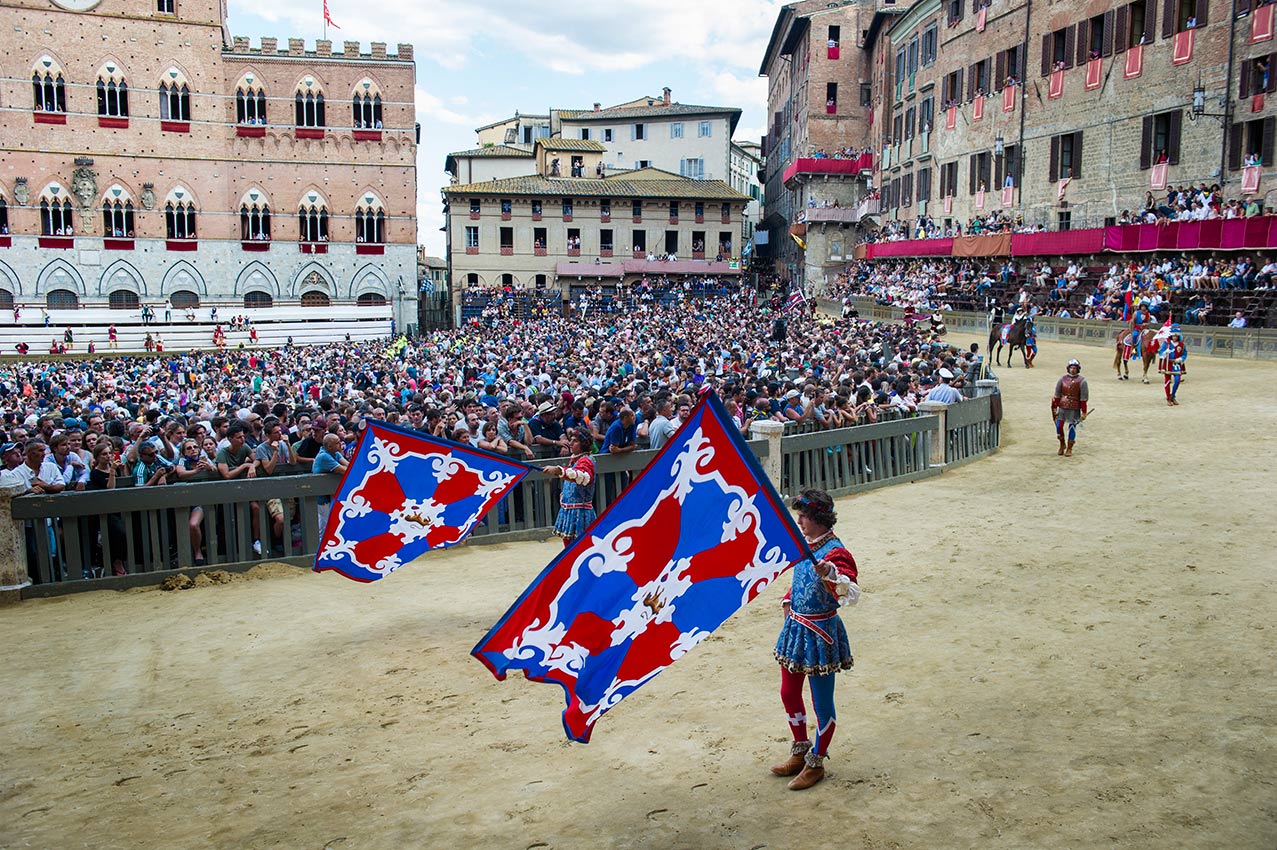 At 9:40 am will start the clearing of the track in Piazza del Campo, at 10:00 am the horses will exit from the courtyard of the Podestà for the final rehearsal, from 12:30 am to 1:00 pm there will be the blessing of the horse of the ten districts; the reenactment staff of the Contrada and the representatives of the municipality will meet at 1:50 pm in the courtyard of the Government palace in Piazza Duomo; the historical parade will enter Piazza del Campo at 2.50 pm, finally the horses will leave the Cortile del Podestà at 5 pm, when the Palio will be run.

The mood of Siena in these days is as always full of thrill and difficult to describe to those who have never seen the Palio; the exceptionality of the event makes everything even more suggestive, as if Siena were immersed in another era, where everyone attends the Palio staying breathless until the decisive moment.

Regarding the rules of the competition and the rules to be observed during the Palio, please check the post How to get ready for the next Palio.

It’s always possible to attend the Palio and the rehearsals carried out during the three previous days for free, entering Piazza del Campo before the entrance are closed. We also remind you that on October 20th, once you enter the square, it won’t be possible to leave before the end of the race.

To follow the race sitting on the stages or facing the windows and the balconies overlooking the Piazza, it is necessary to pay a ticket, but there is no ticket office: you have to buy the ticket from the owners of the apartments or from the stage managers.

Write an email to siena@ilpalio.org to get further information and look for a ticket for Saturday October 20th. 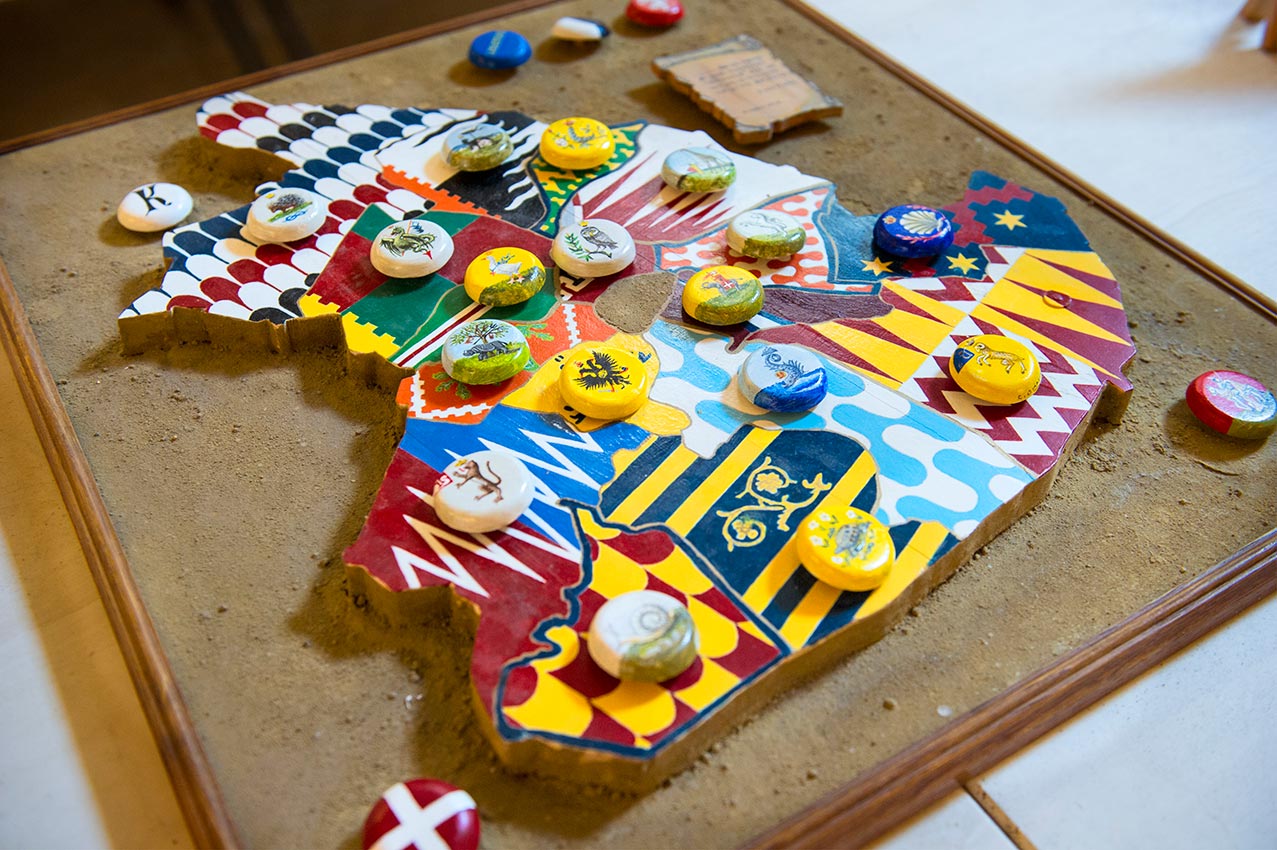 Events like this remind us that Siena is unique in the world and even in Tuscany, because in this hamlet traditions are lived by everyone as an essential part of their identity; this is why handcrafted items, food and wine excellences are closely linked to Sienese history.

Previous Article
Contrada della Chiocciola: everything you should know about it
Next Article
Girogustando, gourmet twinnings in Siena