The history of the Noble Contrada of Bruco

The Noble Contrada of Bruco (Caterpillar) is located in the Terzo di Camollia (the area of the town we talked about here), its insignia refers to the ancient companies of silk-makers and wool-men, while the territory in which it extends includes, among others, a part of piazza dell’Abbadia (including the church of San Donato ai Montanini), via Banchi di Sopra (between via dei Rossi and piazza Salimbeni), piazza Salimbeni, via del Comune, via di Mezzo and piazza d’Ovile; it is located in the north-eastern area of Siena.

Why is the Contrada del Bruco called Noble? 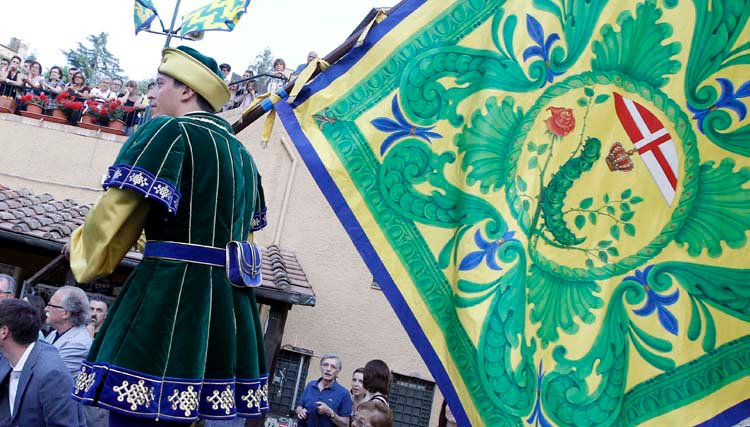 This title was attributed for two reasons: in 1369 the Military Company of the Contrada took part in the battle at the Croce del Travaglio, the meeting point of the three main streets of Siena, where the rebels led by Francesco d’Agnolo called Barbicone (who was, in fact, born in Contrada del Bruco) defeated the militias of Charles IV of Bohemia who wanted to reconquer Palazzo Pubblico and Siena.

The other episode occurred in 1371, when a riot, once again led by Barbicone, brought the “Monte del Popolo” to power.

Coat of arms, motto and official colors of the Contrada

The coat of arms depicts a crowned Caterpillar crawling on a rose. This symbol was chosen in honor of the silk-makers and the woolen that inhabited the Coste d’Ovile.

The colors of the Caterpillar are yellow and green, trimmed with turquoise, while the official motto is: “nella pugna sii era Nobil Contrada dalla gente fiera”.

The headquarters and the Contrada museum are located at Via del Comune 44. The victories at the Palio are 37, and the most recent was exactly 10 years ago, on August 16th 2008. 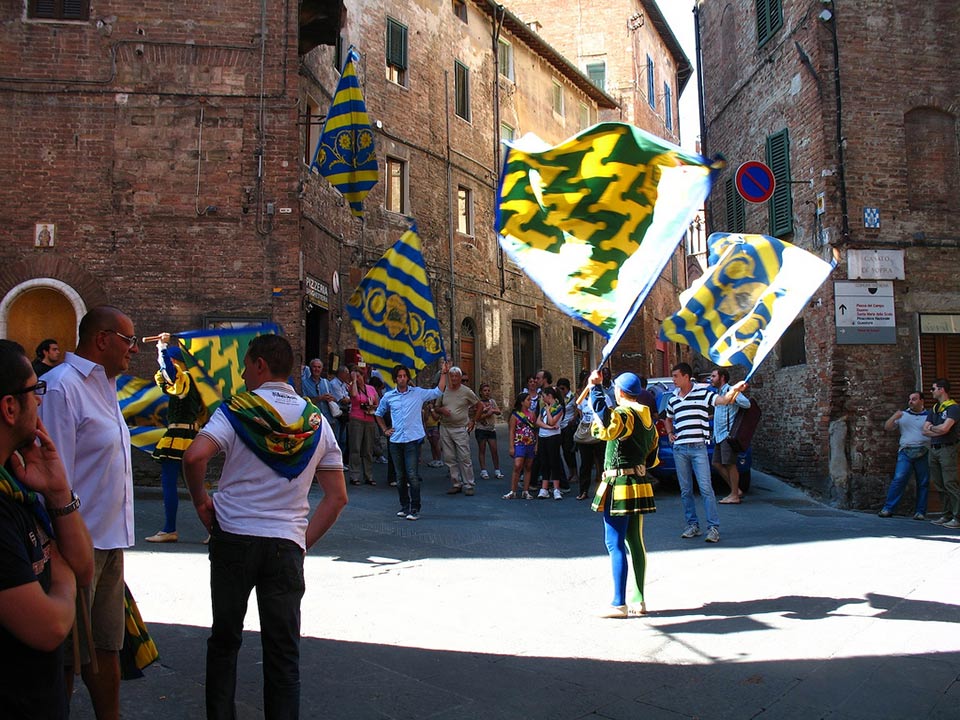 It may seem bizarre, knowing the history of the Sienese Contrade, but now the Caterpillar has no rival Contrada and 3 allies, the Nicchio, the Torre and the Porcupine.

This Contrada can boast also a very particular primacy: it was the first Contrada, in 1927, to involve a foreign jockey, Perè Golon nicknamed Ali, a young Eritrean who was a street vendor.

At the first trial, Alì fell off his horse and injured himself, but the Caterpillar contradaioli sympathize with him, so Alì ran the Palio on July 2nd, 1927.

That race did not go well, but the Palio is also made by episodes of this kind, not only of victories and memorable races.

It should also be remembered that the feast of the Contrada occurs on 2nd July, but traditionally is celebrated on the second Sunday of July.

If you want to visit the Contrada, we suggest to see also the Fountain used to Baptize children, dating back to the XV century and decorated with a bronze bust depicting the Barbicone, the hero of this Contrada. 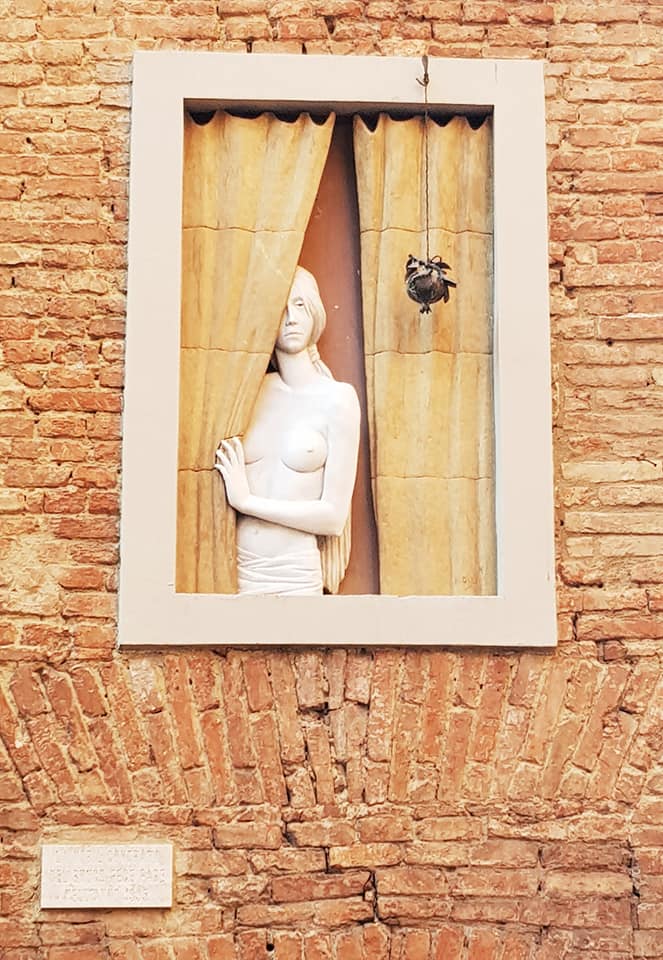 Previous Article
Typical Sienese products to buy on holiday
Next Article
Itinerary in San Quirico d'Orcia: what to see in 1 day