The history of the Contrada Priora della Civetta

What you should know about the Contrada della Civetta (Litlle Owl)? Let’s start from the origins, from the reason of its name and the curiosities about this Contrada, to invite you to deepen the history of the 17 historical subdivisions of Siena, one of the most famous peculiarities of this town.

Origins of the Contrada della Civetta 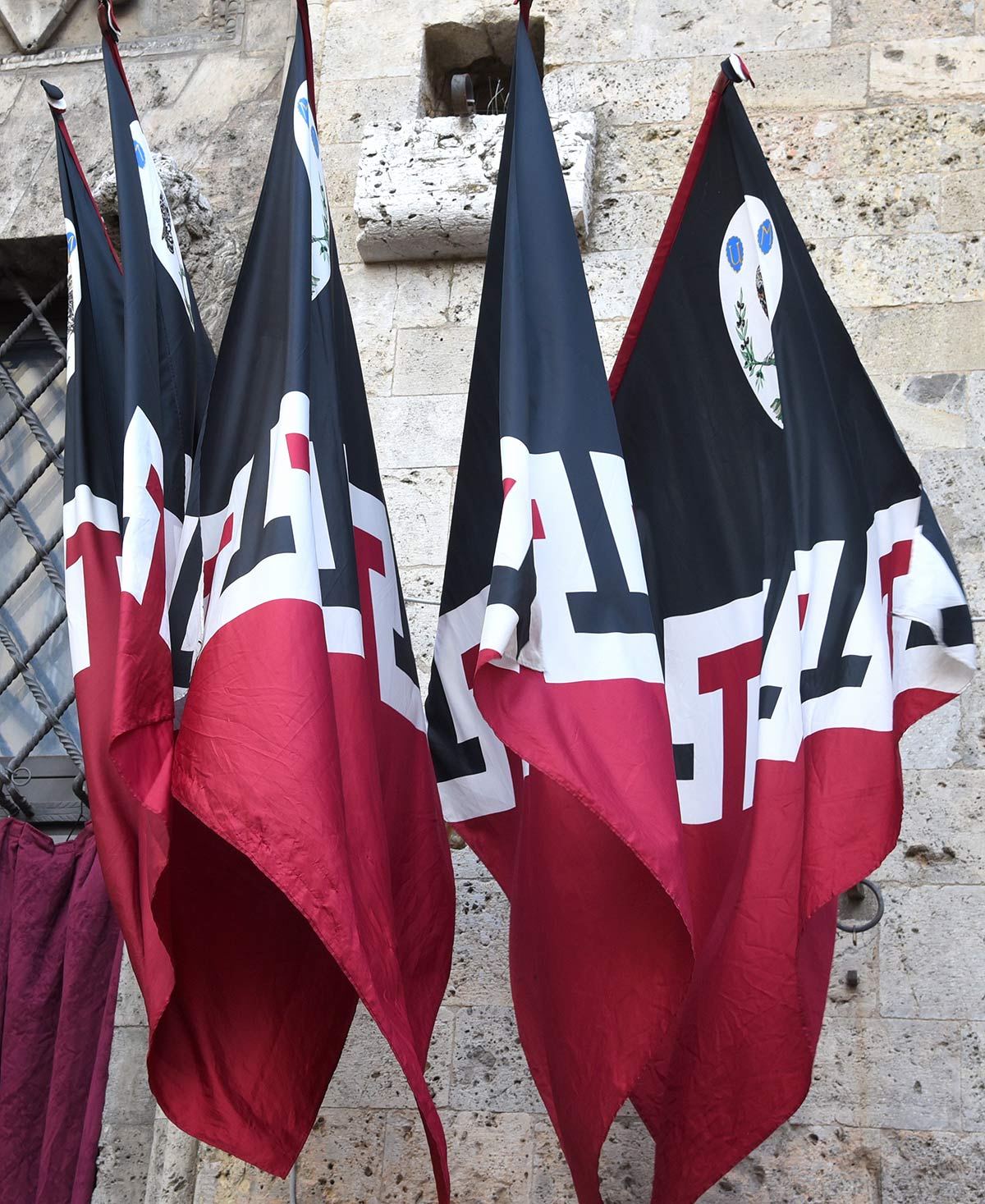 The Owl originates from the old military companies of San Vigilio and San Pietro in Banchi, and then merged the territory of the Military Company of San Cristoforo, which was part of the Contrada dell’Orso, one of those that were suppressed.

Today the territory includes the most central part of Siena, exactly at the intersection of the three main routes towards Florence, Rome and the Maremma and close to Piazza del Campo.

The name seems to derive from a temple erected in honor of Minerva that stood in its territory, since the Owl is the animal sacred to the goddess. The most important palaces in the area corresponding to this Contrada are, among others, the Oratory of Saints Anthony of Padua and Bernardo Tolomei: the feast of the Civetta, in fact, is the 13th of June, the day of Saint Anthony of Padua.

The Castellare degli Ugurgieri is the headquarters of the Contrada museum that we recommend to visit as it houses, in addition to the Drappelloni and memorabilia, a series of medieval Sienese manufacturing majolica. The Palazzo Tolomei dates back to the XIII century and is one of the most well-known buildings in Siena, due to its elegant stone façade, while the Palazzo Sansedoni, now home to the Monte dei Paschi di Siena Foundation, houses decorations from the Baroque period and stands out for its neogothic style façade and for the remains of an ancient medieval tower.

The Loggia della Mercanzia was built in the XV century and is characterized by six statues of Saints (Ansano, Crescenzio, Savino and Vittore, patrons of the city together with St. Peter and St. Paul), XV century works of art by Vecchietta and Antonio Federighi. 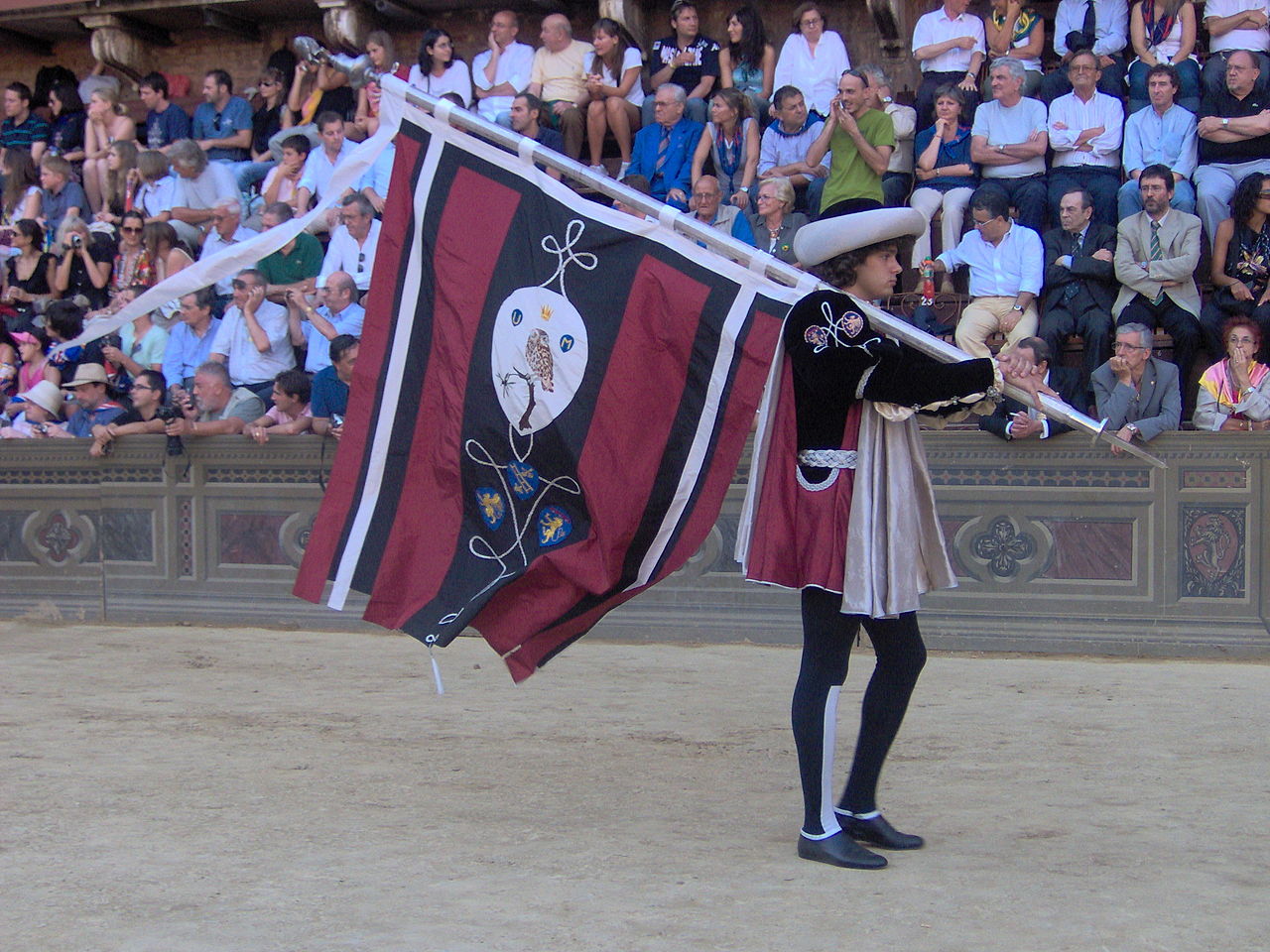 The title of Contrada “Priora” comes from having hosted the first meeting of all the Priors of the 17 Contrade in 1905.

The motto is “Vedo nella notte” (“I see in the night”), the official colors are black and red with white lists, and the emblem is black and dark red with a crowned owl, sitting on a branch, with two blue badges bearing the letters “U” and “M”, initials by Umberto I of Savoia and Margherita di Savoia.

The primacy for which the Little Owl is known in the history of Palio consists of being the first to do the “cappotto”, that is the victory of two Palios in a row, July and August of the same year: this happened in 1761. The overall victories achieved at the Palio are 34 and the last dates back to August 16th, 2014. 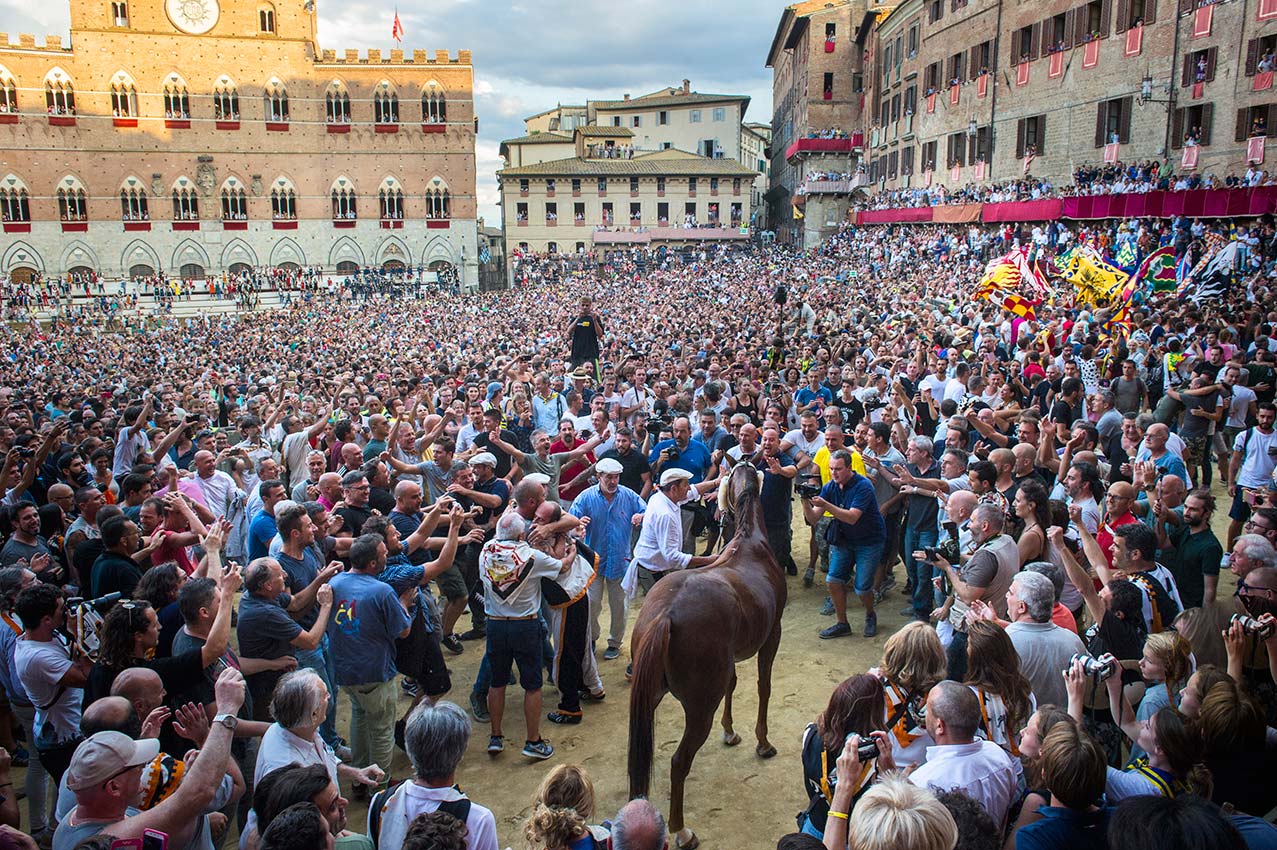 A curiosity to know about the Civetta: a documentary was dedicated to this Contrada, The Last Victory, directed by John Appel in 2004 and available on streaming here:
https://vimeo.com/104846496.