Each of the 17 Contrade of Siena has a different story, and we tell what may interest both those who have never been in town and don’t know its origins, both those who have visited Siena but want to deepen the peculiarities of this unique place that is even one of the symbols of Tuscany (check the post Extraordinary Palio of Siena October 20th for further info) 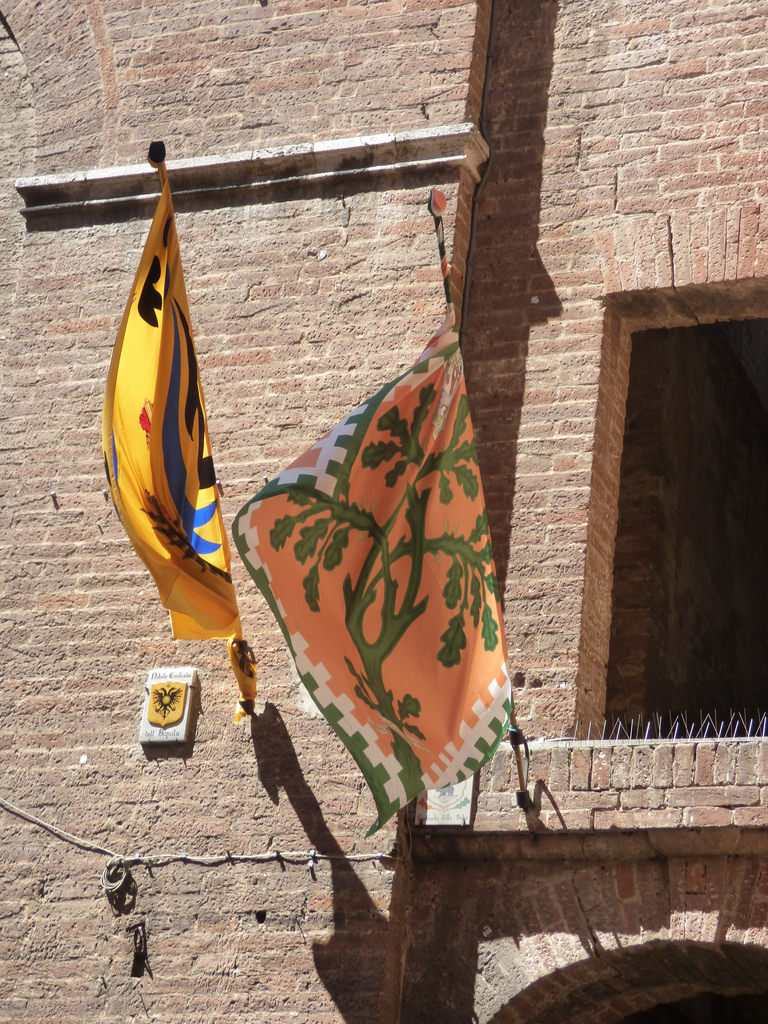 Things to know about the Contrada dell’Aquila

The origins of this contrada are linked to the noble family Marescotti, which had the eagle as its emblem. The feature “Nobile” was conferred on the occasion of the visit of the Holy Roman Emperor Charles V, which took place in April 1536.

The emperor, who was staying in the territory of this contrada, was received in Piazza di Postierla, decorated with the relief of a large, wooden eagle, with the inscription “Praesidium libertatis nostrae”. Charles V honored the Eagle of the Noble title, qualification that in Siena can boast only the contrade of the Caterpillar, the Nicchio and the Goose. 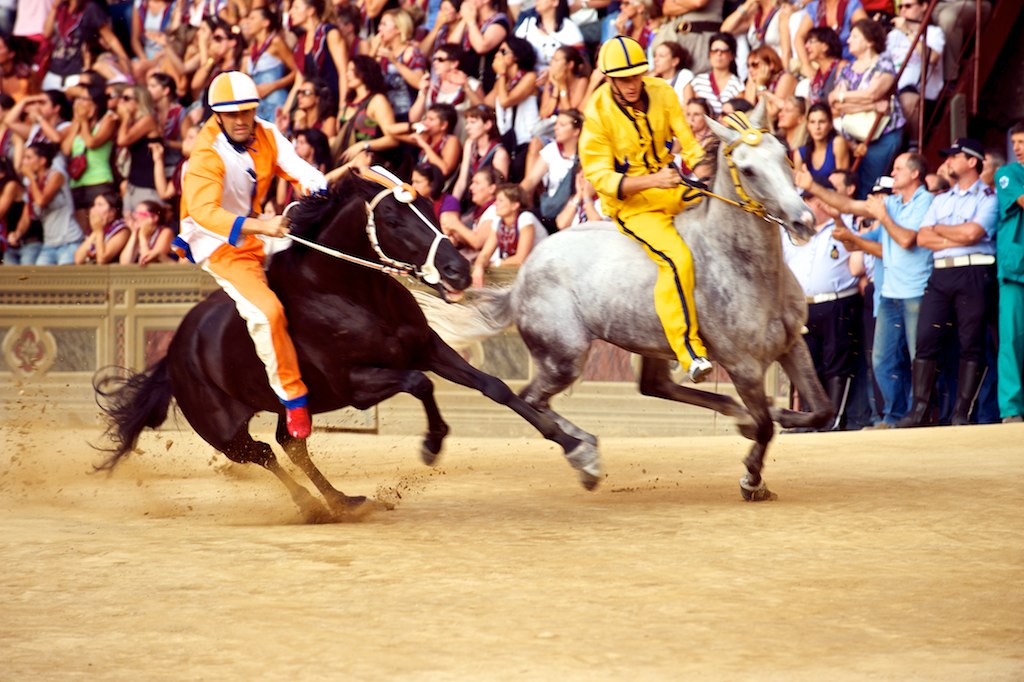 The area of the contrada corresponds roughly to the south-west part of the center and includes, among others, Via Casato di Sotto (right from Piazza del Campo to the Costa Larga), Costa Larga, part of via di Monna Agnese, piazza del Duomo (excluding the Archbishop’s Palace and the Cathedral), via del Capitano, part of the Chiasso del Bargello, piazza Jacopo della Quercia and piazza di Postierla (where the baptismal fountain is located), just to name a few.

L’Aquila is the contrada that won less Palios than the others, only 24 officially, but it must be said that it started to participate in the Palio later than the others; from 1622 it remained inactive for many years and only in 1718 returned to participate. Moreover, it is now the “nonna” (grandmother) contrada, that is, the one that hasn’t won for more time, precisely from 3rd July 1992.

Its motto is “Unguibus et Rostris”, the seat of the contrada is in via Casato di Sotto, 86, the coat of arms is yellow with an imperial bicep eagle crowned with the scepter, sword and imperial globe; golden sun in the chest with the initials U.I (Umberto I of Savoia). The official colors are therefore yellow with black and turquoise.

Regarding the rivalries, is opposed to the Pantera, a rivalry born after some episodes occurred during the Palio, in particular because of the inmate between two jockeys, Meloncino and Ganascia, contrast occurred in 1936. Subsequently, there were other episodes of insults and mutual attempts to thwart the race, like the one that occurred in 1992, just when the Aquila won his last Palio.

The feast of the district is September 12, on the occasion of the Santissimo Nome di Maria day; for further anecdotes and information, please visit the official website of l’Aquila: www.contradadellaquila.com.

Previous Article
Christmas holidays in Siena, all the events you shouldn't miss
Next Article
New Year's Eve in Siena, the events on 31 December and 1st January